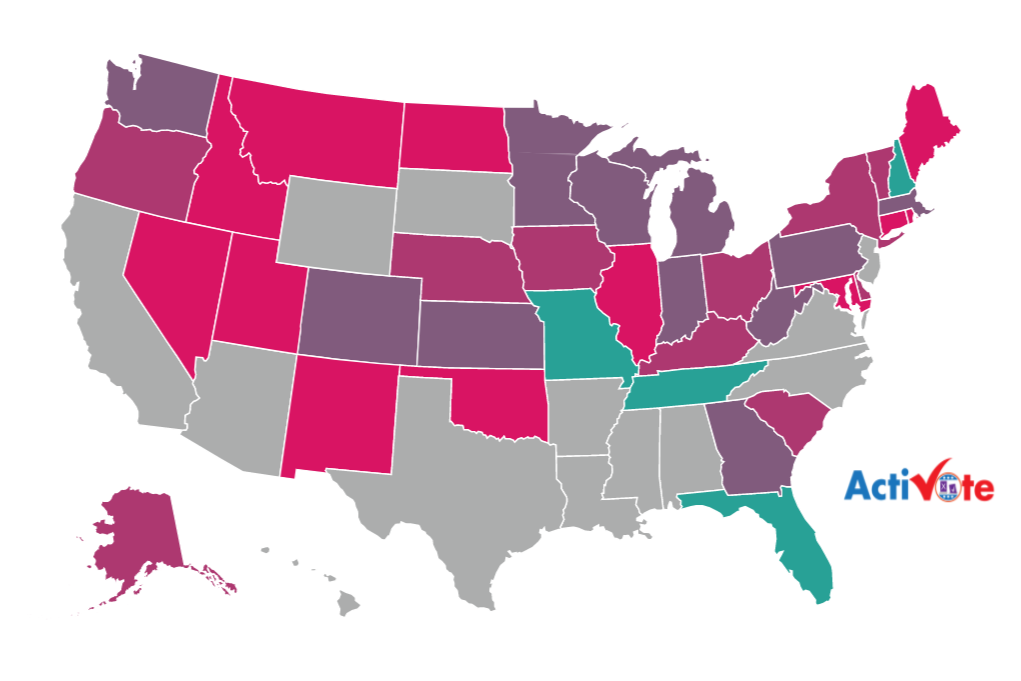 Many of you have told us that you love our policy matrix and that you find it helpful in learning about candidates and determining which share your values. That’s been great to hear!

Some have asked – how do candidates end up in the matrix? We add candidates into the matrix in 1 of 2 ways. The first is that we have plotted most sitting legislators based on their work representing you in Washington and in State Houses across the country. If you’re curious about that, you can read how we do that here. The second is the candidate survey inside of our app. We spent much of the primary season reaching out to candidates and asking them to participate in our survey. They answer the same questions voters do, and get plotted in the exact same way.

Civic participation is important in all aspects of our elections and candidate surveys play a big role. Now you may not know that candidates typically answer dozens if not hundreds of surveys throughout their campaign. From organizations such as Planned Parenthood or the NRA to local advocacy groups and community councils. For many of those organizations it is to give the candidate a rating or to inform their endorsements. ActiVote does not endorse any candidate, rather we want to be a place where voters can easily learn which candidates, regardless of party, believe what they believe.

What did we find after 6 months of outreach to campaigns across the country? The great news is that we’ve gotten many responses to help make ActiVote a great tool for voters. What is interesting is where those responses came from.

Our top 4 states in candidates who actively want to participate and engage with voters was:

The worst 4 states in participation were:

When we analyzed why we did better in some races than others, the key is how competitive those races are. If a seat is open or there is only a single person running, then that candidate has little need to reach out and connect to voters as they cannot lose. Thanks to Ballotpedia there is great data on how competitive races typically are. Looking at how competitive races have been over time, here is the percent of races without a major party opponent over the past decade. If there is a race with only 1 candidate, then that candidate is not under any pressure to campaign or reach out to voters. This is the explanation for some states for the lower response rate, a low number of competitive races means fewer candidates who need to get their ideas out to voters.

As with much in our politics, not everything is partisan – there is no correlation to red states or blue states. We do see that state house races yield the highest participation.

Finally we analyzed if there was a trend by party for which candidates participated. We did see a slightly higher proportion of candidates for the Democratic Party responding compared to the GOP. We did see a strong representation of Libertarian candidates based on the ratio they represented within the outreach campaign.

As we move into the season for the general election, we will continue to reach out to candidates and catch up on the few states we missed during the primary season (AR, CA, TX and NC) and we will focus more heavily on increasing participation among local candidates!

Thanks to all those candidates who participated and we look forward to adding quite a few more. For voters, we’ve got a great set of candidates already included and hope you will check it out! #plotyourpolitics