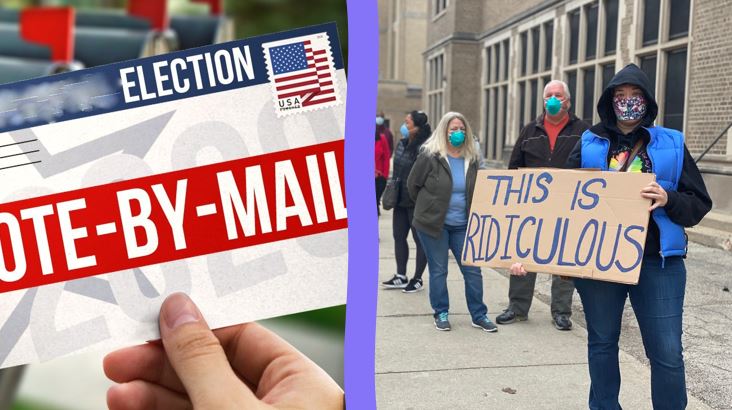 This week we asked about voting during a pandemic. The answers that our users could choose from can roughly be summarized as

We found that in general there was a ⅔  majority for allowing everyone to vote either absentee or by mail. However, there are some clear differences based on age and party affiliation.

About 60% of those in age groups from 18-64 believe in either universal vote-by-mail or no-fault absentee voting for everyone. A sizable minority of 40% prefers other solutions. For those 65 and older, the picture is entirely different: 90% believe that they should be able to vote by mail or absentee. It suggests that those most at risk during the pandemic are aware of those risks and are looking for an alternative to still vote.

Overall, it seems that while universal vote-by-mail may elicit some opposition, allowing everyone to vote absentee during the pandemic can count on strong support among most groups in our country.

This question will be available in the app for the coming week, please add your opinion!