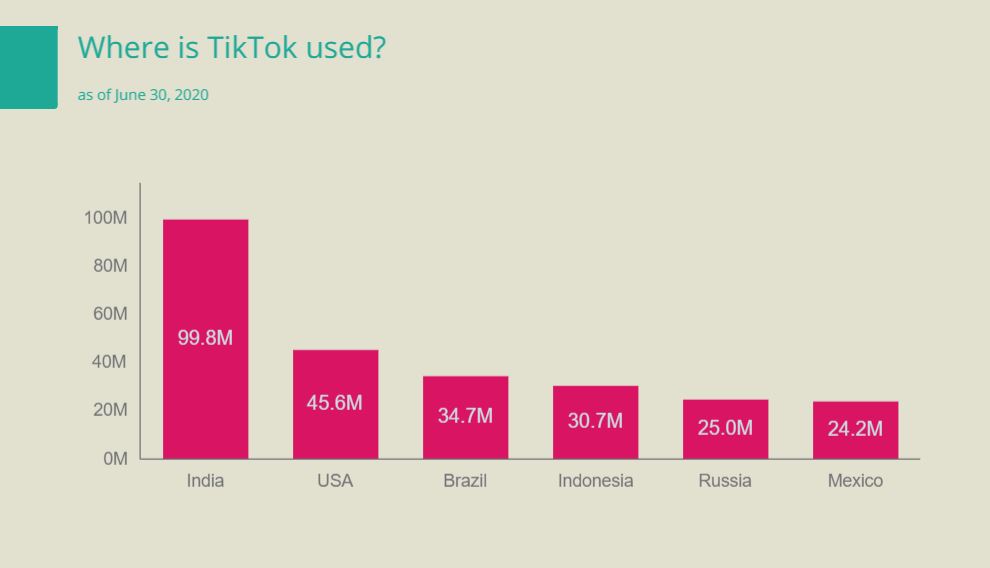 TikTok is a popular app allowing users to share short videos. TikTok was first released in 2016 and is created and maintained by a Chinese tech company, Bytedance. In 2019 the US government fined TikTok $5.7M after learning that it was collecting personal information on users under the age of 13. Later in 2019 the US launched a national security review of the app and since that time the US Military has banned installation of the app on all military devices.

ActiVote conducted a survey to determine what our users thought the US Government should do in relation to TikTok. We provided five options to choose from, which can be summarized as follows:

Our users seem to seek a balance between the clear national security threat on the one hand, and support for free enterprise on the other hand, leading them to believe that an audit is the most desirable next step.

We found that 44% believe that an audit is necessary. 14% want stronger action (sale or shutdown), while 42% are less concerned and do not require any forceful action at this time.

A majority (54%) of the youngest two age groups (18-49) favor a hands-off approach, while only 18% of the older voters agree with that. It may be that national security is more on the minds of older voters, or, it may be that younger voters want to keep TikTok (as its user base very much skews younger).

From a regional perspective it seems that the traditional red state aversion to regulation vs. the more government supportive blue states shows clearly in our poll. In deep red states 83% prefers the government to stay out, while in deep blue states, only 19% shares that opinion.

In contrast to the generic red vs. blue state sentiment, Republicans are more enthusiastic to act on TikTok. This may be inspired by the fact that the Republican administration has been vocal about taking a strong stance on TikTok.

Overall, a clear majority wishes to do something, if only an audit, to determine whether TikTok is the national security risk that some fear it may be.

Weigh in on our future surveys!