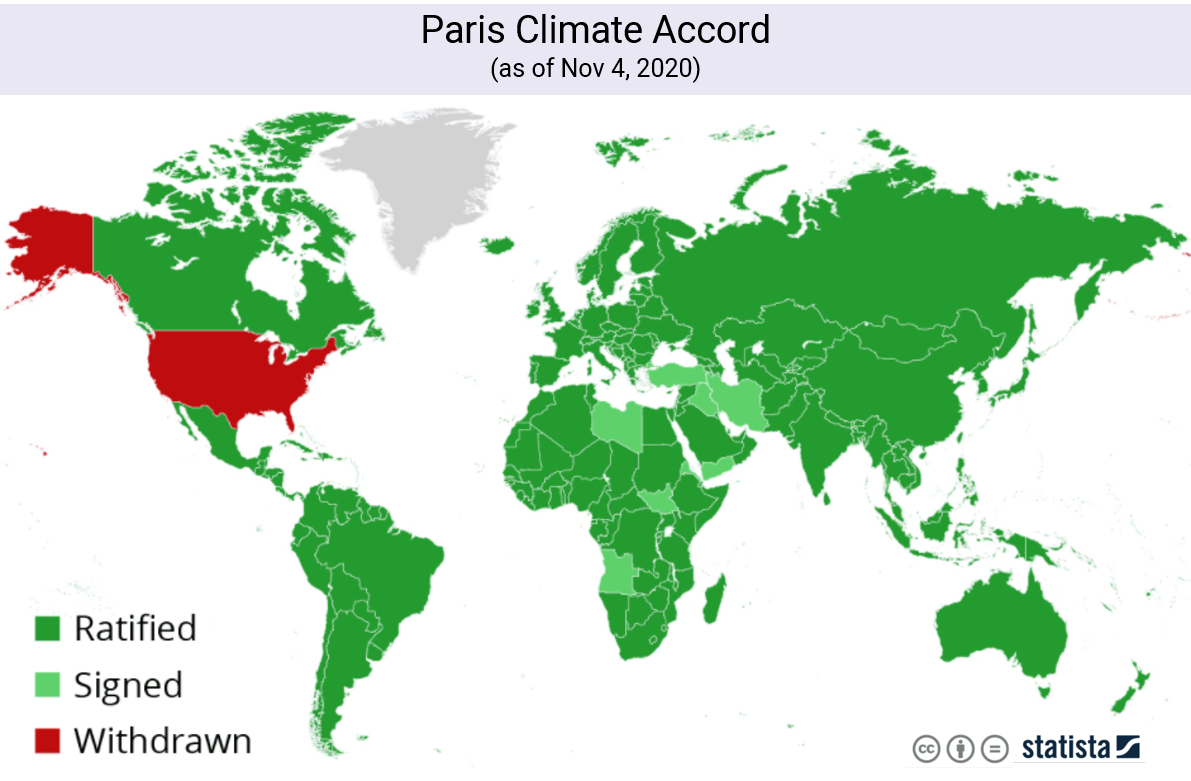 One of the differences between candidates Trump and Biden was their opinion on the Paris Climate Accord: under Trump’s presidency the US left the accord, while under a Biden presidency, the US will re-enter the accord.

We conducted a survey to learn what our users think of the Paris Climate Accord. The answers that our users could choose from can roughly be summarized as:

Overall there is an approximate 70% majority who wish to rejoin. Still there is a significant minority of approximately 30% who would like us to stay out of the Paris Accord.

There is a clear partisan divide on this issue, with a large majority of Republicans (73%) rejecting the Paris Accords, while over 90% of Democrats would like to rejoin.

As joining or not is an action a President can take without Congressional support (ratifying it is a different matter), it is one of the areas where elections have consequences.

Please join our next survey