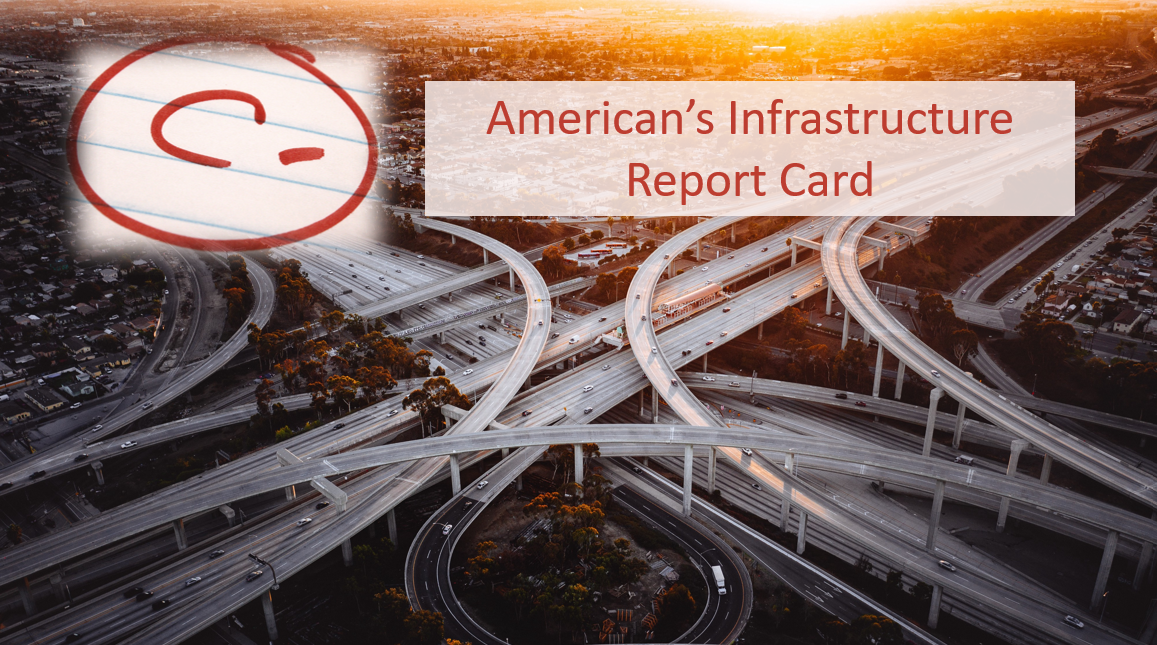 The single largest component of the plan is $621 billion for transportation infrastructure, such as roads & bridges, public transit, ports, airports and electric vehicle infrastructure. It contains another $300 billion for water, electricity and broadband infrastructure, and $300 billion for building and improving affordable housing and schools. And then there is more than $1 trillion for other items that do not really fit the “infrastructure” label, such as care for elderly and disabled Americans, and investment in manufacturing and job-training. While the money will be spent in just 8 years, it will take 15 years to pay for it through a corporate tax hike and closing of loopholes that currently let companies move profits overseas.

For a plan as wide-ranging as the Biden Infrastructure plan most people will find something they like and something they dislike. Therefore, we decided to focus on the most tangible and core element of the plan: investment in our “crumbling” Roads and Bridges.

We asked the American people to pick from the following five answers on what they believe is needed for our roads and bridges:

Given the breadth of the Biden Infrastructure Plan, we believe that only those who choose the 1st answer will support the plan, while it will be “a bridge too far” for all those picking any of the other four answers.

As it turns out, nationally, among all our users, a large majority of 68% believe that a major investment in infrastructure is needed. Fewer than 10% oppose any extra spending.

It is interesting to note that older voters (50+) are more strongly supportive (74%) compared to younger voters (64%). We have no direct explanation for that. Older voters typically trend a bit more conservative and may less benefit from these long-time horizon investments. Maybe they better remember the days that our infrastructure was world-class and want it back? In any case, roads & bridges are clearly important to older voters.

Although there is more support among Democrats (80%) than among Republicans, even a 52% majority of Republicans is “all-in” on spending on Roads & Bridges. It makes it one of those rare issues with significant bipartisan support.

While the next few months will see significant discussion about the audacity of a wide-ranging “Infrastructure Plan”, there is no question that the heart of the plan, investment in our roads and bridges, has overwhelming support among the American people.