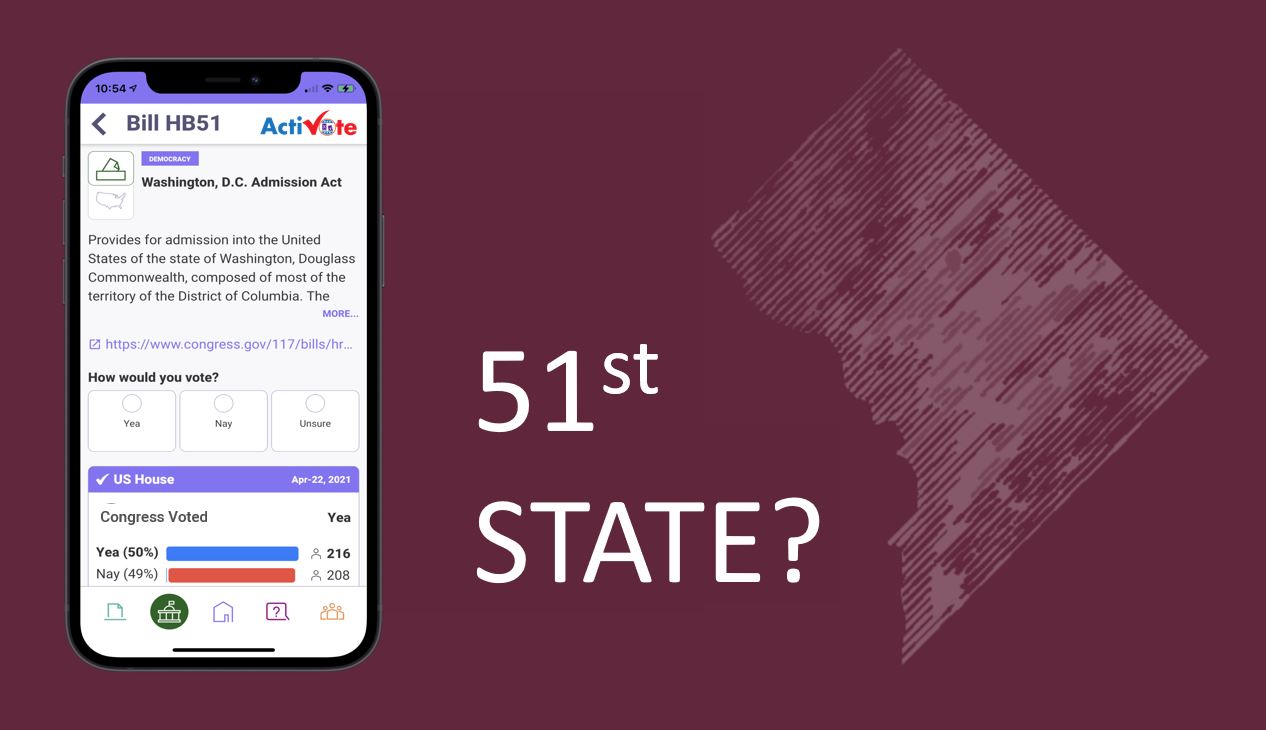 Last week, the House of Representatives, on a purely partisan basis, passed H.R. 51, “An act to provide for the admission of the State of Washington, Douglass Commonwealth into the Union”.

Some of the arguments for statehood are about the merits of the case:

Some of the arguments against statehood are also about the merits:

However, most of the discussions are about the political implications and motivations: the 2 reliably Democratic senators that would come from the new state, tipping the balance of power in the senate from a precarious 50/50 split today to a 52-50 advantage for the Democrats. Which explains the passage of H.R. 51 entirely along party lines.

We asked our users to weigh in and gave them five answers to pick from:

It turns out that 60% of the nation is in favor of giving the population of DC full representation in Congress, including their 2 senators. Of those 60%, ¾ chooses full statehood, while the other ¼ favors just the voting rights. The Maryland option is supported by about 1 in 6 voters.

It is not lost on the voters that DC would be the first state with a larger Black than White population and this could possibly explain the significant support (5 out of every 6) among Black voters for full statehood, and 9 out of 10 for full representation in Congress.

The partisan divide is significant, but not as polarized as in Congress: 75% of Democrats support DC full representation (either through statehood or the 1978 amendment), while 38% of Republicans support at least the Voting Rights, although only a small group of those support full statehood.

All in all, DC Statehood remains a complicated issue which, if passed in the 50/50 divided Senate and signed into law by President Biden, will likely end up at the Supreme Court. With that, there seems no need to pre-order your 51-star version of Old Glory just yet.

Join in our next poll and add your voice