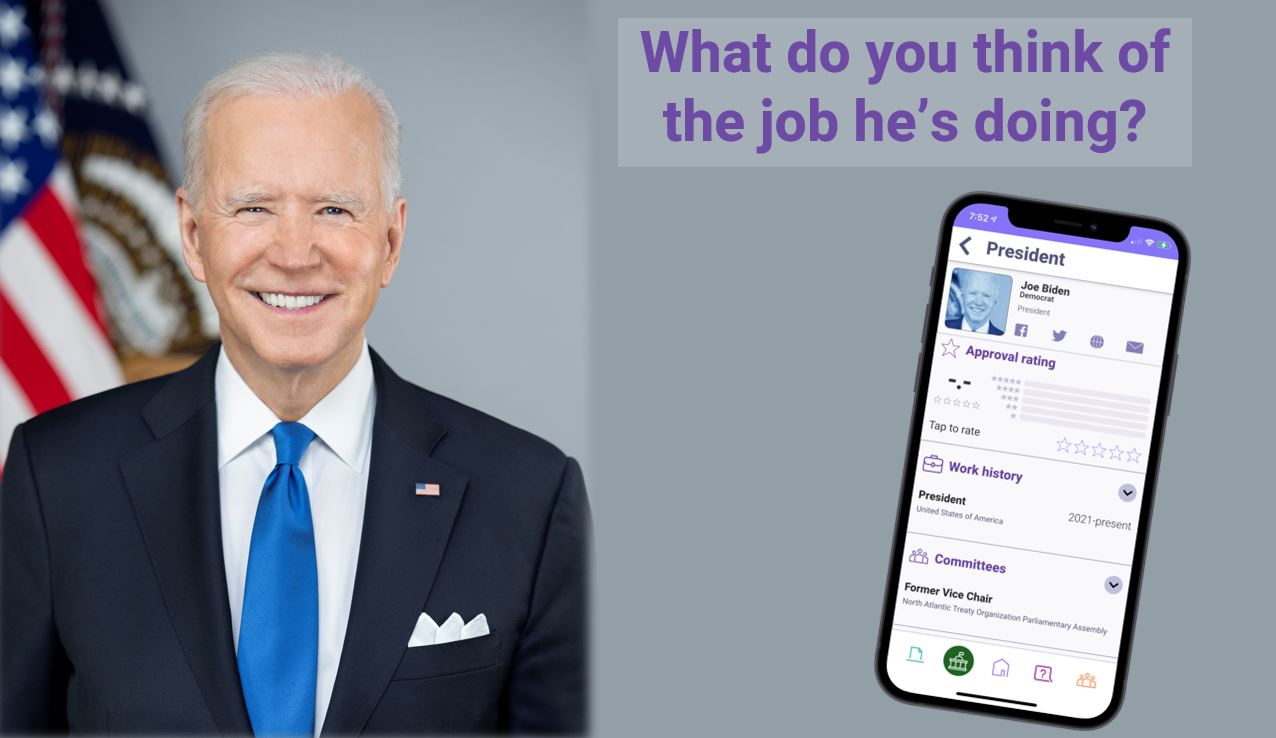 After 150 days in office Joe Biden expressed his satisfaction with what has been achieved in battling the coronavirus, with 300M shots administered. While it is great to know that Biden is happy with his administration, we were wondering what the American voters think of their president. So, we asked close to 1000 of them to rate Joe Biden on a scale from 1 to 5.

Women are more polarized about Biden than men: 32% of women strongly disapprove of him, the same number that strongly approves of him. However, overall 51% of women approve, while only 36% disapprove him.

In each age group, disapproval of Biden is approximately the same: between 30-40% of people disapprove of him. The difference is in what the other 60%+ think: the younger voters are, the more they are “on the fence” about him: only 30% of youngsters approve of Biden, with 30% on the fence, while 67% of the elderly approve of Biden.

During the election, Biden captured over 80% of the black vote. However, at this point about 30% of Black voters disapprove of Biden and another 13% are on the fence. At this time, Biden’s approval rating is highest among Asian voters with 77% approving of his performance.

The difference is made by independents who mostly like what they see: 47% approve and only 22% disapprove with the remainder on the fence.

Overall, it seems that Biden is off to a pretty good start, but for a president who aims for bipartisan support, he still has a lot of work to do in getting Republicans to support him, not just in Congress, but also among the voting public.

Weigh in for our next Presidential Approval Rating!