ActiVote conducted a national, presidential election poll among 355 registered voters during the past 4 weeks. The result was weighted to represent the national electorate on characteristics such as gender, age, party affiliation, ethnicity, education, income, and likelihood to vote. 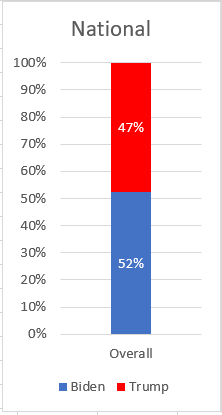 Most voters vote their party, but Democrats are slightly more united than Republicans this time. Biden has a 14-point lead among independents. Among the small number of 3rd party voters (e.g. Libertarians), Trump leads. 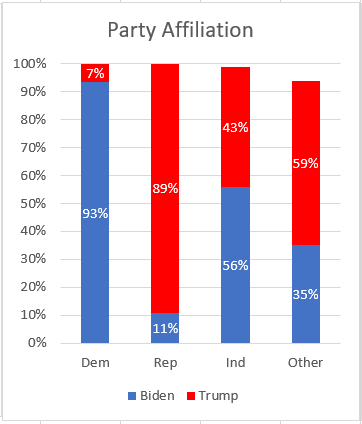 The gender gap was about 8%, with women having a clear preference for Biden, while men are evenly split between the candidates. 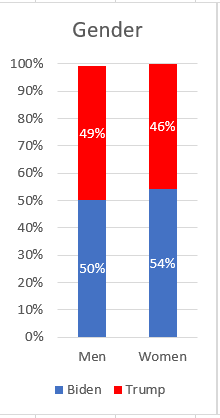 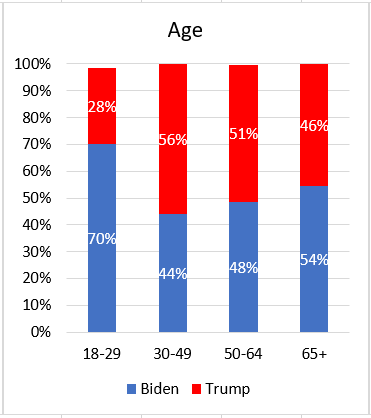 The racial divide is enormous: White voters prefer Trump by 14%, while Black, Latino and Asian voters all prefer the former Vice President by margins greater than 50%. 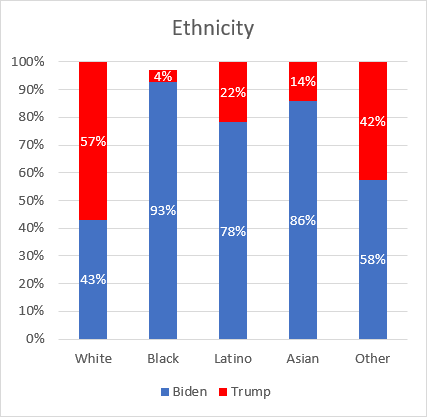 The educational divide is significant as well: both those with high school or less, as well as those with a 4-year college degree or more prefer Trump, while those with some college prefer Biden. 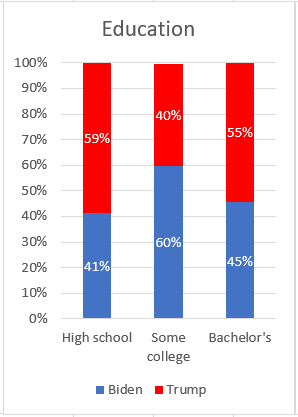 Income does not seem to play a major role, except that those who are better off prefer Biden over Trump. 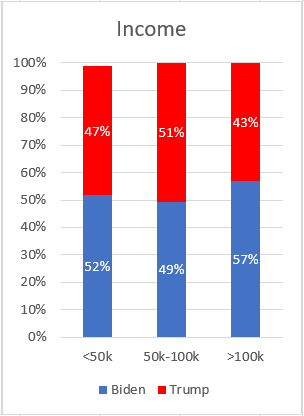